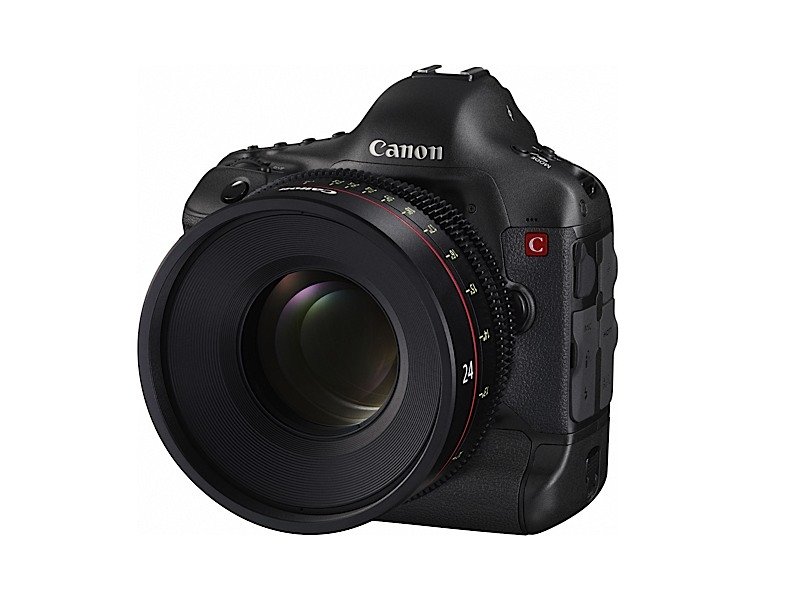 Press da Canon:
HOLLYWOOD, California, November 3, 2011/TOKYO, November 4, 2011—Canon Inc. today announced that the company is developing a new-concept EOS-series digital single-lens reflex (SLR) camera. Incorporating an enhanced version of the video-capture capability offered in the current EOS-series lineup, the new camera will be ideally suited for cinematographic and other digital high-resolution production applications. The model will be equipped with a 35 mm full-frame CMOS sensor and, enabling the recording of 4K video* (at a frame rate of 24P, with Motion-JPEG compression), will make possible the type of exceptional image quality and sublime imaging expression to be expected from the next generation of “EOS Movies.”

Further details regarding the new EOS digital SLR camera currently under development, including the product name, specifications and scheduled launch date, have yet to be decided.

EOS Movie: A New Industry Standard
Movie recording has been a standard feature in all newly introduced Canon EOS-series digital SLR cameras since the launch of the EOS 5D Mark II in November 2008. Coupled with the diverse array of lenses in Canon’s current interchangeable EF lens lineup, this feature has heralded rich visual expressive possibilities, delivering such characteristics as beautiful image blur and low noise while also garnering kudos for the mobility and maneuverability made possible through the cameras’ compact and lightweight body designs.

The impressive images created by the combination of Canon EOS digital SLR cameras and EF lenses, known as “EOS Movies,” have already earned their screen credentials on the sets of multiple productions, from television commercials and artist promotion videos to episodic dramas and even major motion pictures.

For more information and to view online demonstration footage of the new products please visit: www.Canoncinemaeos.com

*Cropped to APS-H-equivalent size (dimensions measuring approximately 80% vertically and horizontally of a 35 mm full-frame sensor) when recording in 4K.